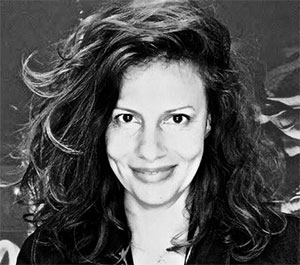 With 15 years dedication to advancing equality and social good causes around the world, Locsi Ferrá and her fierce hair are prolific coalition builders and advocates to be reckoned with. As an expert creator of multi-platform initiatives, Locsi’s finesse and creativity in using entertainment as a tool for social change is powerful. She led ITVS’ Women and Girls Lead, a multi-year film initiative reaching 59 million viewers in the United States, which scaled into a global program mobilizing communities in 5 countries. A social impact entrepreneur to the core, she has a proven track record for both large-scale and community-based projects.

Locsi has worked passionately with NGOs and entertainment companies to shift thinking and behaviors for a better world with organizations like Amnesty International USA, UNPFA Nepal, La Casa de Las Madres and Paz Y Desarollo in Vietnam. When serving as Director of Distribution, Campaigns and Strategic Partnerships at ITVS, she produced multiple high-level film education campaigns including the PBS and Independent Lens flagship series Half the Sky, A Path Appears, and Ted Talks on PBS. She also contributed as Head of Impact at Level Forward where she advised on mainstreaming inclusion and social impact into creative and business practices. After 2 years working as an independent impact consultant for projects such as the TakeCare Campaign, Coded Bias, and Youtube Originals film Paper Children, she now feels at home as a Partner and Director of Social Impact Initiatives (Film + TV) at IMP.