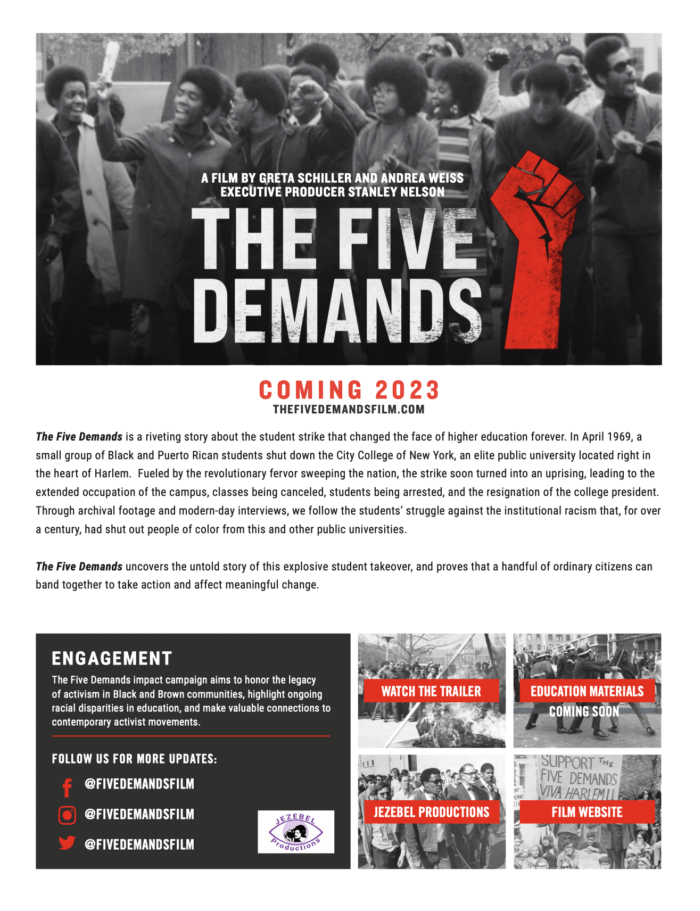 The Five Demands is a riveting story about the student strike that changed the face of higher education forever. In April 1969, a small group of Black and Puerto Rican students shut down the City College of New York, an elite public university located right in the heart of Harlem.

Fueled by the revolutionary fervor sweeping the nation, the strike soon turned into an uprising, leading to the extended occupation of the campus, classes being canceled, students being arrested, and the resignation of the college president.

Through archival footage and modern-day interviews, we follow the students’ struggle against the institutional racism that, for over a century, had shut out people of color from this and other public universities. The Five Demands uncovers the untold story of this explosive student takeover, and proves that a handful of ordinary citizens can
band together to take action and affect meaningful change.

Discussion and educational resources will be completed later this Fall, with screenings, events, and distribution information expected in early 2023.