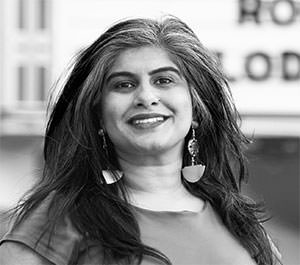 Omme-Salma Rahemtullah has spent the last 15 years in community media programming. Most recently as the Asst. Director of Programming at the Nickelodeon Theatre in Columbia, SC, where she curated film through a community-informed programming imperative that brought community members, activists and academics into the film programming process. She was a senior programmer for the Indie Grits Festival, and also started an internet community radio station in the north-end of Columbia. She is currently teaching ‘Community-Informed Media/Film Programming’ at the University of South Carolina. Her graduate academic work looked at the intersections of gender, migration and cultural studies in Canada and East Africa. She has had over 15 years of experience as a community radio producer and programmer, driven by the need for community-led storytelling. She was the News Director at CHRY Community Radio in Toronto, Canada, and a founding board member of the Community Media Advocacy Centre, that facilitates the voices of Indigenous and POC storytellers in Canadian media policy. Prior to community media programming, Omme worked in the field of International Development, working in Burkina Faso and Niger, West Africa in Environmental Sustainability.